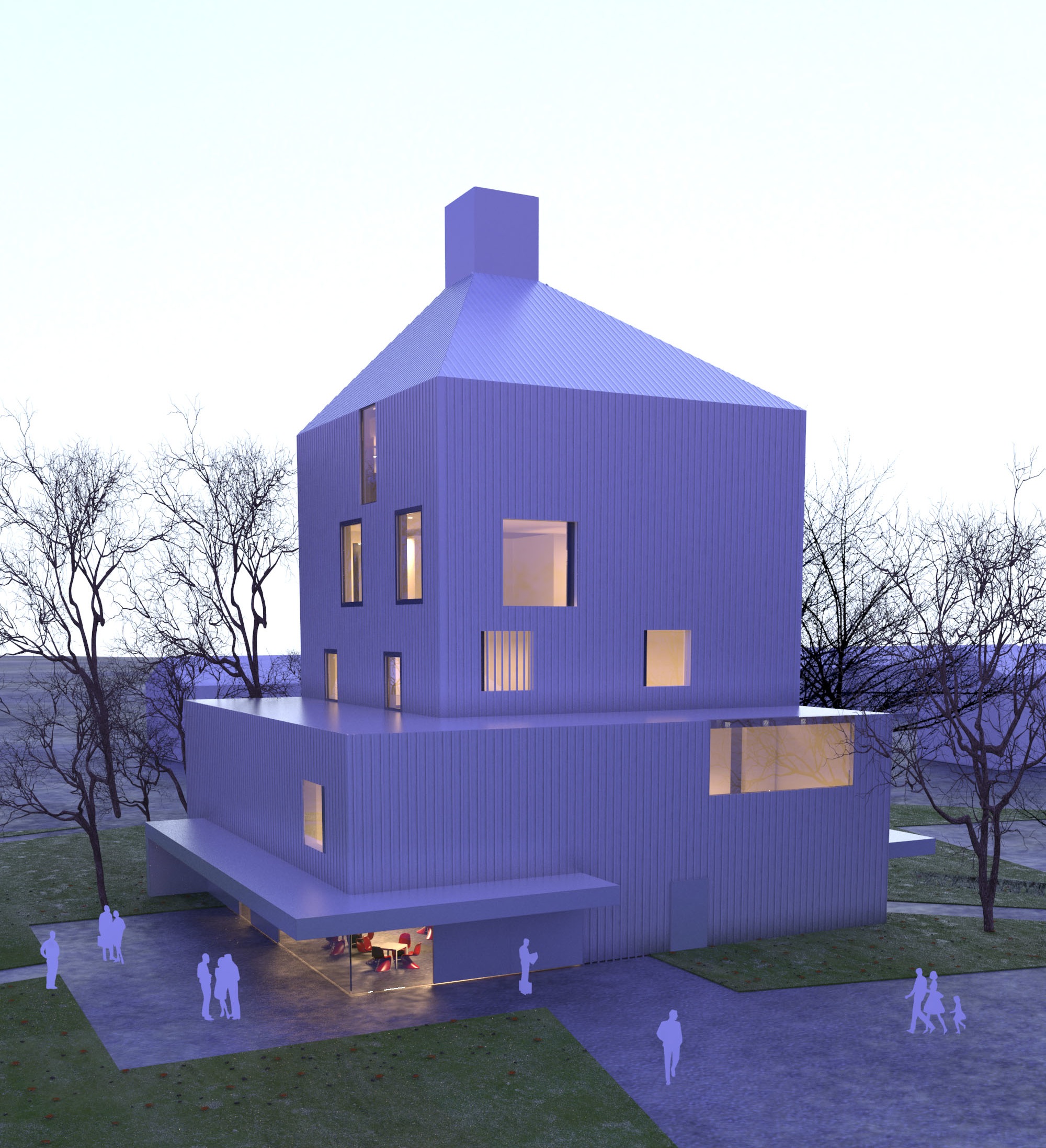 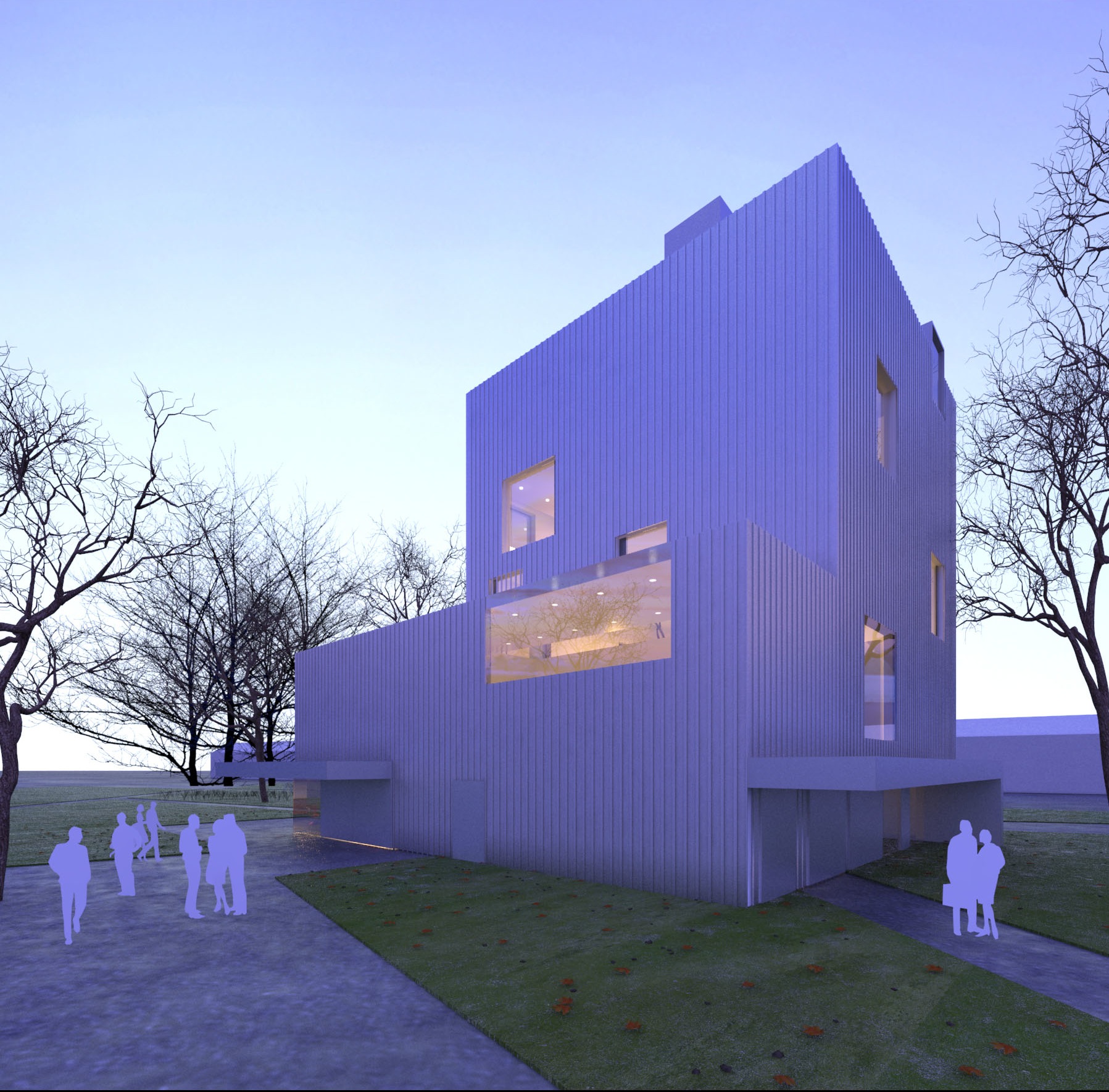 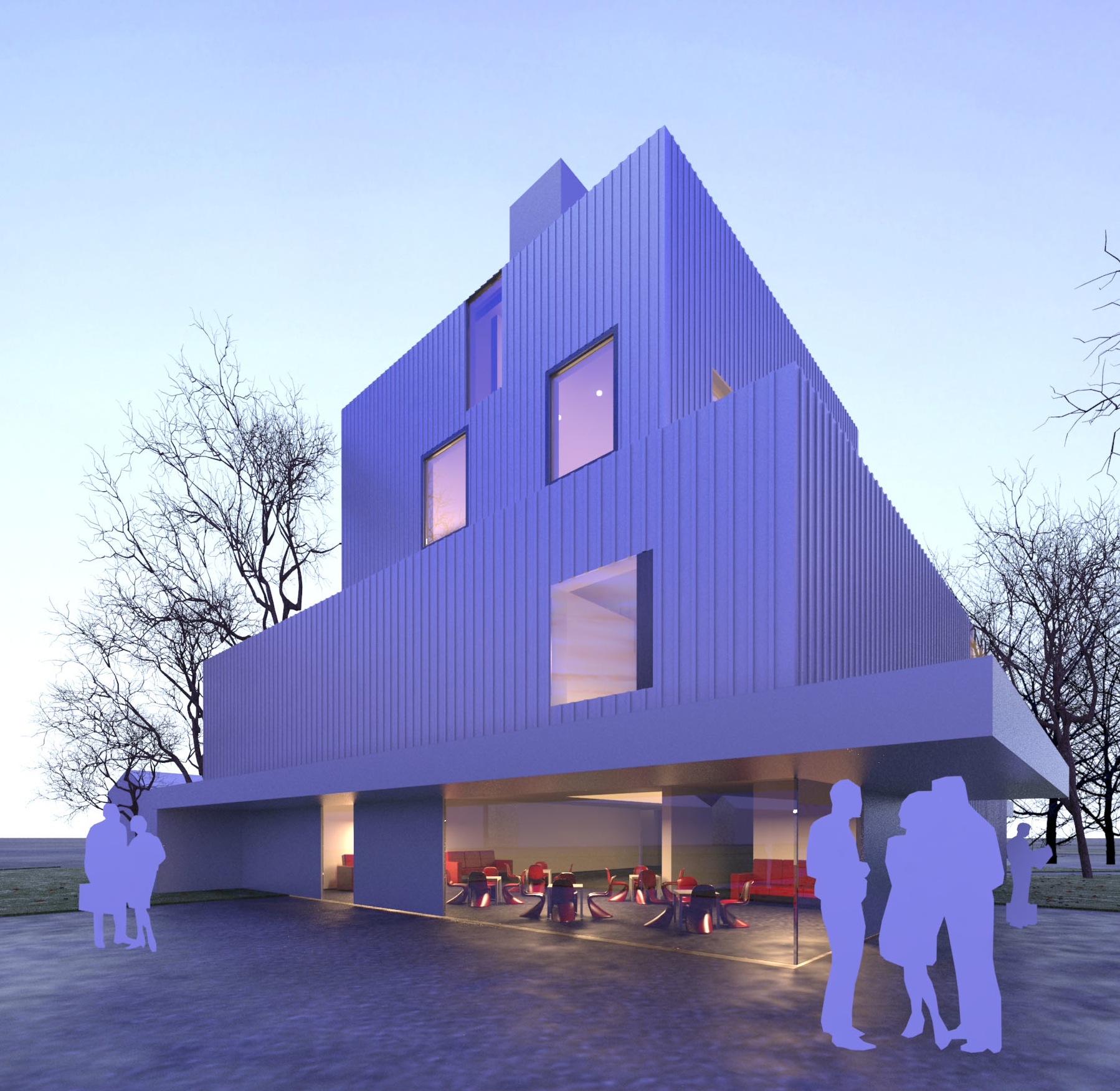 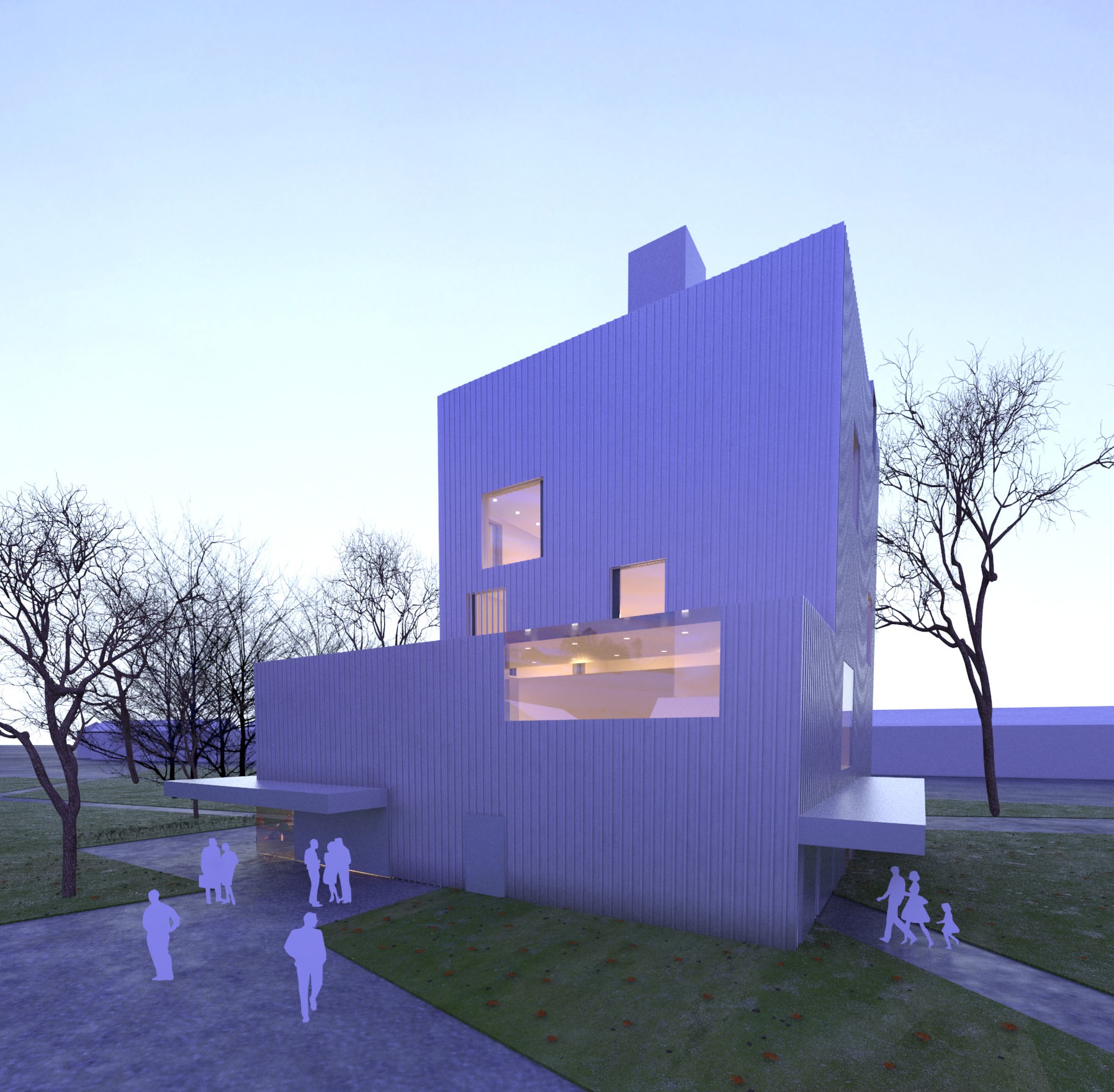 This was an architectural competition for the Tullamore Community Arts Centre for which I collaborated with my colleague Eamon Keane. Here is an excerpt from our report:

Our aim has been to fully encompass the requirements of the brief while delivering a solution that enriches the experience of both the arts and the immediate environment of the building for the local community as a whole. A desire to create a home for the imagination, a place of exploration and play that evokes memories and associations led to the idea of the house. The home is a place of retreat for the mind, it allows space to formulate, create, and develop ideas. It also receives visitors. This dual relationship of retreat and reception is manifested in our proposal, a tall house in the parkland.

The form of the building references a typology that is common to many large Irish county towns – that of the town house – but also of the tall house of the childish imagination. Standing on the edge of both park and canal, the approach is by foot, on water or by car. An open house, between the trees, it has a symbiotic relationship with the park – both a place for play, leisure and recreation. Wrapped in natural aluminium, it generates a shifting luminescence on the exterior that changes with sunlight and shadow.

Our proposal seeks to contribute to and enhance the quality of the built environment in Tullamore town. In designing and placing the Arts centre on the site, consideration is given to Kilbride park as an important recreational amenity for the surrounding residents. We wish to preserve the current open space of the park and limit the new building encroaching into the parkland by reducing its footprint. Existing trees are preserved and supplemented by the planting of semi-mature native trees around the centre and in the re-designed car-parking areas. In order to reduce the footprint – it has been necessary both to excavate down for the new auditorium and to build upwards for the gallery and arts rooms. The building’s public face towards O’Connell Street and the canal is an important approach and this is reflected in the east and north elevations both in the massing, the heights and in the placement of opes. On the west elevation, the building opens out to Kilbride park allowing the café overflow in summer to spread out into the park. The new building mediates between urban and parkland, civic and recreation and this informality is expressed in its overall form and expression.